Choose Your Battles at Slottica Casino 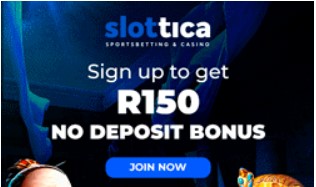 Are you the king of slots? The princess of pokies? The man of all machines? Then it’s time to don your battle-gear and pit your strength against other players at Slottica online casino.

It’s time for the Season’s Battle at this fantastic online casino. You’re in line to win part of a massive prize pool of literally millions of Rands, as well as lots of other really worthwhile goodies. Are you ready for the action? Then read on!

What is the Season’s Battle event at Slottica Online Casino?

This is your chance to prove your worth as a true champion. You’re invited to fight in the epic Season’s Battle at Slottica which will run until the end of May, 2021. When you join the competition, you are putting yourself up to win awesome prizes. A total of 300 players will walk away with a prize at the end of the competition.

The prize pool in this competition is R3 million! Up for grabs are toys for big boys and girls such as smartphones, electric devices and headphones. You can also win free spins on top slot games.

To win part of the prize pool, you need to accumulate points during the promotion. The more points that you accumulate, the higher you’ll be on the leaderboard and the better your prize.

You’ll earn points for playing the fantastic games available in the games lobby at Slottica online casino. The winners in spots 201 to 300 will get points to participate in the next Battle of the Season at Slottica Casino.

Prizes in the Top Spots

Look what players in the top spots of the Season’s Battle leaderboard are due to win:

Why Play at Slottica Casino

One of the main reasons that Slottica Casino is so popular among South African players is that it carries literally hundreds of games by the best software providers in the world. Some of the providers include Evolution Gaming, Elk Studios, Quickspin, Yggdrasil and BetSoft Gaming. There’s a great range of Live Dealer games, and lots and lots of sensational slot games!

This relatively new website has lots of other things going for it, including nonstop promotions and a tight tournament schedule for 24/7 entertainment. Support is also available around the clock, including Live Chat and a friendly team that is willing to help with anything and everything. Choose from multiple SA-friendly banking methods to pay for your online casino entertainment at Slottica Casino, among them Neteller and Skrill.