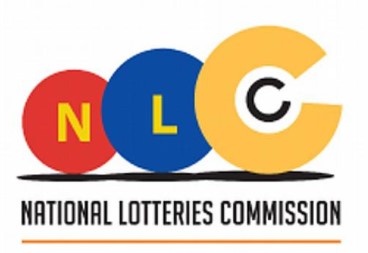 The South African Democratic Alliance political party recently requested documents from the National Lotteries Commission related to an ongoing corruption investigation. However, when the documents were delivered to the DA Federal Head Office in Cape Town last week, the delivery was intercepted by gunmen and the USB drive on which the documents were stored, was taken.

The DA said that it found the incident “extremely suspicious” and was investigating further.

The deputy spokesperson on trade, industry and competition, Mat Cuthbert, explained that the DA had previously submitted a Promotion of Access to Information Act, or PAIA, application regarding a service provider that was contracted by the Commission, to advise the NLC on how to distribute COVID-19 relief funds to the tune of R150 million. Cuthbert said that the Commission paid the service provider just over R460,000.

“Despite efforts by the NLC to block previous attempts by the DA to gain access to this information, our PAIA application was granted and the NLC promised that yesterday all requested information would be delivered to the DA federal head office in Cape Town on a USB stick due to the voluminous nature of the information requested,” said Cuthbert.

’’The DA finds it extremely suspicious that gunmen would intercept the information that the NLC was so loath to hand over. It certainly appears to be an orchestrated attempt, by who we can only speculate at this point, to circumvent the due process of the PAIA application and keep the information contained regarding the beneficiaries of this NLC tender from public view.’’

The Democratic Alliance urged the South African Police to ensure that all those involved in the heist be arrested urgently. It also urged the Lottery Commission to honor the PAIA application and send the information to the headquarters again, as agreed.

The police confirmed that they were investigating the case of information robbery and had, in fact, made some arrests.

According to a Western Cape police spokesperson, Warrant Officer Joseph Swartbooi, three suspects were arrested and detained after their vehicle was stopped by the Flying Squad. He confirmed that they were in possession of “presumed stolen property, possession of unlicensed firearm and possession of stolen vehicle.”

There has been ongoing reporting by the publication, GroundUprelating to alleged fraud, corruption and nepotism involving lottery grants.

Reports include a $700,000 grant that was meant for the Tshimbupfe Drop-In Centre for destitute children, which was channeled instead to a borehole project, as well as $1.8 million given to a legal firm Ramulifho Inc. instead of going towards the building of a drug rehabilitation center.

GroundUp has been publishing evidence for a long time and its journalists have been threatened as a result.

The Auditor-General, meanwhile, turned down a formal request to audit lottery grants that run into the millions that were given to minstrel organization. The publication alleges that the Cape Town Minstrel Carnival Association received over R63.5 million in grants from the NLC. Questions were raised how the money was spent, including a R13 million lottery grant that was given to develop a Carnival Heritage Museum, which 7 years later, is not even operational.