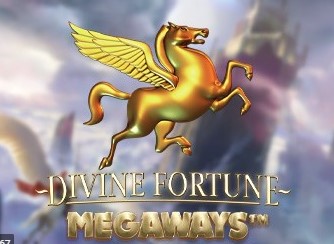 But recently, NetEnt was thrilled to announce that the game won the title for Product Launch of the Year at the prestigious Global Gaming Awards: London 2021.

Divine Fortune Megaways is a sequel game to the original Divine Fortune slot, found at the best NetEnt online casinos. The fact that a sequel managed to win the Best Product Launch award says a lot about the series as a whole. The latest take on Divine Fortune slot was made that much more exciting thanks to the infusion of the exciting Megawaysmechanism.

What NetEnt Says About the Win

Gavin Hamilton, the Commercial Director of Evolution, parent company of NetEnt, was thrilled to announce the grand win.

“The original Divine Fortune is one of NetEnt’s best loved games and we knew that the Megaways remix would help take it to another level,” he said.

“Divine Fortune Megaways has been a significant commercial success in all our markets, and we’re thrilled to see that endorsed by the judges at the Global Gaming Awards. It is some accolade to be named Product Launch of the Year, considering how many amazing titles were released during the last 12 months.”

The game is a spectacular, updated take on the original version, without taking away the thrill of the first game. Divine Fortune Megaways slot is a 6 reel game that boasts 117649 MegaWaysto win. You’ll find a vast number of bonus features so that you’ll find this game both highly entertaining AND potentially rewarding. Which features can you find in Divine Fortune Megaways slot?

Megaways: This feature is a random reel modifier which has the ability to change the symbol height on each reel and on every spin. This means that each time you spin the reels, the number of ways to win changes. This mechanic changes the number of symbols landing on each reel to anything from 2 to 7. The maximum number of Megawaysis 117649 – making for some explosive wins.

Falling Wilds Respin: Land a wild on the reels, get all bet wins and then watch the wild shift down a position. The result: A falling wild re-spin. You can land this feature in the main game or the free spins.