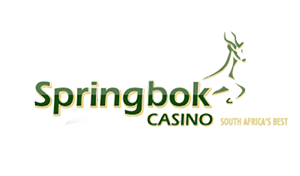 Next month promises to be an exciting one at South Africa’s favourite online casino, Springbok Casino. We’ve become used to new titles being added to the portfolio of games at this site on a very regular basis, but August 2021 promises to be even more exciting for players.

The software and games developer, Realtime Gaming (RTG) has given the industry a sneak-peek of its new slot game, Sparky 7, and the result - dare we say it? - has been electrifying.

Sparky 7 has all the makings of a classic slot game, which is always hugely popular among players. But RTG has made sure that there is nothing boring or too traditional about the slot. In fact, it has introduced an exciting, new, never-seen-before Teleporting feature which promises to drive players wild!

What Springbok Casino Has to Say

As has become the norm, the casino manager of Springbok, Daniel van Wyke commented on the expected arrival of Sparky 7 slot to the platform in a few weeks’ time.

“Here at Springbok Casino we love a classic slot and with Sparky 7 we have a game that is truly electric,” he said.

"The Teleporting feature is really exciting, giving players a second chance at landing big wins if they are a 7 symbol short. This adds unprecedented anticipation and excitement to the game.”

“Players really will see sparks flying as the bonus features ignite and deliver wins that are certain to shock when the game lands at Springbok Casino next month.”

Which Features Does Sparky 7 Promise?

Teleporting: A new feature that RTG has debuted in Sparky 7, and is expected to become a big hit in future games by the software provider, is the Teleporting feature. In this game, the 7s are the symbols that get teleported. Trigger the Teleporting feature when – on any pay line – you have two 7 symbols and a blank space. When this happens, a random symbol will appear in the fourth wheel and fill in the blank. Should the random symbol be a seven, Lady Luck has you covered. Your payline win will be completed. During the duration of this feature, the wild symbol will only stand in for the 7 symbols.

Free Spins: It’s not all about teleporting in Sparky 7 slot. This game also has some traditional bonus features such as free spins. How do you land seven free games? By landing three scatter symbols anywhere on the reels. As long as the free spins feature is active, all your prizes will be multiplied by the Multiplier that was awarded with Multiplying Wilds transported onto the reels from the game’s bonus reel.

How much can I win in Sparky 7 slot?

The maximum win potential in this game is 50,000 x your original bet.

Can I play Sparky 7 slot on my mobile smartphone?

Yes, you can! Sparky 7 slot can be played via download, instant play and web browser on your PC or mobile phone

When will Sparky 7 slot be available at Springbok Casino?

The game is expected to go live at Springbok Casino from August 18th, 2021.