June 1, 2020 Johannesburg (Press Release) -- A lot of people have extra time on their hands these days. Many of them are spending a lot of that time watching videos on YouTube – including Springbok Casino’s manager, Daniel Van Wyke. This month on the South African casino’s, he’s published the Top 10 Most Viewed Videos on YouTube. Not surprisingly, most of the most popular are music videos. 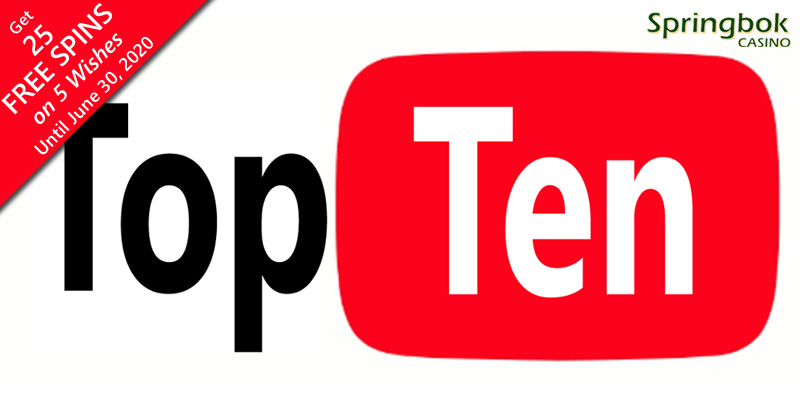 The Baby Shark Dance is the second most watched YouTube video with over 5 billion views. Originally produced for Korean children’s television, the catchy song about a family of sharks has been performed by K-Pop bands like Red Velvet, Girls' Generation and Black Pink.

Ed Sheeran’s Shape of You has had over 4.7 billion views on YouTube. Infused with pop, dancehall and tropical house elements, it isn’t a typical Sheeran tune. It won a Grammy for Best Pop Solo Performance at the 60th Annual Grammy Awards.

The Top 10 Most Viewed Videos on YouTube also includes:

“Yes, I admit… I watch too much YouTube!” laughed van Wyke. “But don’t worry – I’ve still had time to come up with a sweet free spins offer for June!”

Springbok Casino is South Africa’s favourite place to play real money online casino games. It has hundreds of slots and table games, all played in Rands, and offers customer service in both Afrikaans and English.