Who Wants to be a Millionaire at Casino.com? 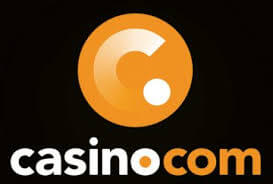 Calling all those trivia whizzes out there! Casino.com is offering you a real chance of pitting your skills against other players and claiming your share of a prize pool worth millions!

Casino.com has found a way to blend the iconic TV game show, Who Wants to be a Millionaire with fast-paced Live Dealer action into a fun, new and free-to-enter promotion: Who Wants to be a Millionaire Trivia. Do you have what it takes to beat other players and grab the top prize? Then head to the star South African-facing online casino, Casino.com, visit its excellent Live Dealer section and enter the promotion today!

You have an entire month to prove that you’re the Tarzan of Trivia, the Queen of Questions and the Leader of Live Casino games! Each daily game will be in the form of a live game show with a prize presented by the live host. There will be a series of increasingly difficult multiple-choice questions presented, each one with four possible answers.

The good news – besides that this promotion costs nothing to enter - is that if you’re good at trivia, there is a very good chance of advancing in this promotion as it’s not a game of chance.

The shared prize for each game varies from R16,600 to R58,000 in golden chips to be used at Casino.com. A total of R1.6 million in golden chips will be given away during the promotion period. Should none of the players win the game on a particular day, the prize pool will roll over and be added to the following day’s game. Check the Terms and Conditions of the promotion to find out more details about the game schedule and prize distribution.

The Who Wants to be a Millionaire Live Trivia promotion will run from today until July 11th, 2021.