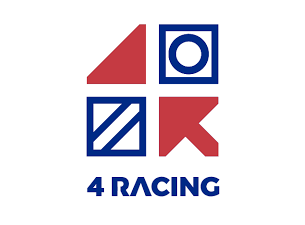 Following the financial collapse of Phumelela last year, it was announced last week that 4Racing is South Africa’s new horse racing operator. The group will take over administration of most of SA’s racing from this month.

In a statement issued by 4Racing, CEO, Fundi Sithebe said:
“Today marks an important day in the history of South African horseracing, as 4Racing officially takes over as industry operator after yesterday finalised its transaction with Phumelela Gaming.

“4Racing yesterday signed the sale of business agreement for the purchase of the horseracing, media production and distribution of the horseracing product and totalisator betting businesses from Phumelela, for venues now under the management of 4Racing. This excludes the Tellytrack broadcast partnership.

We would like to pay tribute to Phumelela for leading the operations of the industry for over two decades, for sustaining the livelihoods of thousands of people who are deeply invested in this industry, and for providing so many moments of joy at the races.

We know we have no time to waste and we will hit the ground running as we embark on our mission of “building the world’s most loved racing experience”.

Why does the deal exclude the Tellytrack partnership?

In his statement to the industry, Sithebe noted that the move does not include the Tellytrack broadcast partnership.

This is because the issue of broadcaster Tellytrack’sownership hasn’t been resolved with KwaZulu-Natal operator and shareholder Gold Circle yet. Gold Circle has disputed the business rescue process that followed the collapse of Phumelela in 2020.

4Racing’s statement said that key to the success of its integration into the SA horse racing industry was the onboarding of Phumelela employees and to ensure that all internal processes are adequately and sufficiently completed.

The CEO added that it was vital that the group focuses not only on the “external factors of change” but that it also prioritizes the vehicle that will drive forward change and transformation in its business.

The group plans to move from business rescue mode to one that has a new purpose, principles and culture focusing on key business processes.

One of 4Racing’s objectives is to be proactive and open with South Africa’s various provincial gambling boards. It plans to inform these authorities about projects, timelines and developments.

“We will also develop relationships at a national government level, including with the national gambling boards and Departments of Trade and Industry, Agriculture and Sport, Art, Culture and Recreation,” said the group.

4Racing was granted licenses from the Gauteng Gambling Board last month which paved the way for it to assume management of the Highveld Racing operations. The Totalizator, Bookmaker and Racing Meeting licenses were moved from Phumelela at Turffontein Racecourse.

To comply with the Gauteng gambling authority’s license conditions, 4Racing chairperson, Mxolisi Zwan will step down from his position.