A South African gambler, who lost R5.2 million playing at Sun City, has tried to sue the casino for damages. He claimed that Sun City was negligent and failed to protect him since he had placed himself on the ‘banned-list’.

But a Johannesburg High Court ruled that businessman Suhail Essack was in fact responsible for his own misfortune and therefore had no grounds on which to sue Sun City.

The case came before Judge Andy Bester who heard Essack and his wife, Naseera Cassim’s claim that Sun City had been negligent in allowing him to gamble. As a result, they said, Essack blew over R5 million at the casino.

JOHANNESBURG (May 26, 2022) – The leading South African online casino and online gambling real money guide, www.SouthAfricanCasinos.co.za has negotiated an exclusive no deposit bonus for all new players signing up to FatBet Casino via the website.

With the enjoyment of South African casino players always at the front of its mind, SouthAfricanCasinos.co.za negotiated this deal with the fun, innovative and reliable FatBet Casino. This online casino has been recently incorporated onto SouthAfricanCasinos.co.za’s list of Safe and Recommended online casinos. South African Casinos’ team worked out a fantastic deal for players to get a R500 free on sign up no deposit required bonus, in addition to the generous welcome bonus. 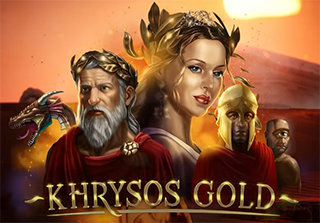 Realtime Gaming is at it again. The online casino games provider announced that it will be rolling out a brand-new game at partner casinos next month. South African players will be able to journey back to ancient Greece in the new Khrysos Gold slot and find their own personal treasure at sites such as Springbok Casino.

In RTG’s new 25 pay line slot, a beautiful goddess welcomes players to her kingdom, where they have an opportunity to grab big wins and rewards.

Look out for the new slot at Springbok Casino and other RTG online casinos from June 1st.

If there’s one day that lottery players may avoid buying ticket, it’s Friday the 13th. After all, this is known as unluckiest day of the year – a day to stay in bed and avoid any disasters.

But for one South African player, the Powerball Plus lottery draw on Friday the 13th of May resulted in the exact opposite. The player bagged a massive R28 million jackpot prize on the day!

Cheers to all the mom’s out there! Thunderbolt Casino, one of South Africa’s leading online casino sites, believes that you need more than just one day a year dedicated to you.

Want to find out what you can win in the Mother’s Day casino promotions at Thunderbolt Casino?

Put your feet up, grab a glass of wine and enjoy your way to the jackpot!

The online gambling games and software provider, Playtech, has posted “an excellent start to year trading”, according to the company’s board.

The group said that it had seen positive trading results in the first quarter of 2022, and as a result trading had generated unaudited EBITDA results of over EUR 100 million. 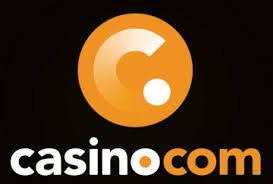 Casino.com is on fire! The top-brand online casino is inviting players to come and feel the heat by taking part in a sensational Mystery Bonus promotion. Head to the Live Casino on this platform and play Mega Fire Blaze Roulette Live. Put yourself in line to win your share of R2,000,000 in Golden Chips in this promotion.

Only play between 16:00 and 22:00 GMT during the promo period will count towards the competition. Run through the busy streets of a Spanish town as you join the other festival heralders in an exciting bull fiesta. And that’s also the name of the new slot game by Pragmatic Play where all this excitement takes place! Bull Fiesta slot invites you take part in the festivities on the latest 5 reel, 25 pay line slot game where the party runs late into the night. Bull Fiesta is the type of game that is a true pleasure to play. One the one hand, it’s simple enough without being too overwhelming so that even new players can jump right into the action.

On the other hand, there are surprisingly more bonus features than you’d expect to find on a classic slot game such as this. Overall, the playing experience is hugely positive on this game, which can now be found at South African-facing online casinos which carry titles by the software provider, Pragmatic Play. Sun City will host the 40th anniversary of the Nedbank Golf Challenge this November and several stars have already announced their intention to play in this $6 million tournament.

The player drawing the most attention is European Ryder Cup star, Tommy Fleetwood, who will travel to Sun City to defend his title. He lifted the trophy in the 2019 Nedbank Golf Challenge, which was the last year that the event took place because of the global pandemic. Earlier this month, heavy rains swept across KwaZulu Natal, hitting many areas in the southeast region, particularly around Durban. Hundreds of people died, and several thousand homes and businesses were damaged.

KwaZulu Natal is now licking its wounds after official numbers show that the floods caused over R10 billion in damage. The cost to the area’s tourism industry was especially harsh, with many hotels and casinos reporting losses.

Many tourism facilities were damaged, and cancellations from visitors to the province poured in as the news hit the media.