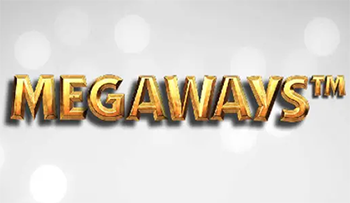 One of the flagship games by Big Time Gaming games provider is Pirate Pays video slot. Now the group has enhanced the popular title with a significant makeover and the addition of its proprietary Megaways mechanic. The result is an incredible new rewarding and entertaining title for South African players to enjoy, and plenty of new winning opportunity.

Pirate Pays Megaways slot was released to SA-facing online casinos earlier this month and has already established itself as a booti-ful new addition to games lobbies.

The chief executive officer of Big Time Gaming, Nick Robinson said about the new release: “We wanted to breathe new life into the pirate-themed format by turning the cliché on its head. Pirate Pays is a slot that’s filled with some really interesting new elements, but it never compromises on entertainment value. That’s why this is a game that will appeal to all types of players from scurvy seadogs to regular, everyday landlubbers.”

The games studio, Big Time Gaming is owned by iconic gambling conglomerate, Kindred Group. Kindred’s head of exclusive content, Pierluigi Rinaldi said: “Pirate Pays Megaways is jam-packed with the arresting graphics, sound and gameplay, and all the innovative mechanics and bonus games, that we’ve come to expect from BTG. We look forward to treating our players with exclusive early access to what may become a truly classic game.”

So, What’s Pirate Pays Megaways All About?

Players are invited to head to the high seas with this new and updated version of one of BTG’s hottest video slot games. This is a six-reel slot, and, thanks to the addition of the Megaways mechanic, can result in up to 117,649 ways to win.

Pirate Pays Megaways went live across the BTG brand on October 13th. Its popularity hails from players’ familiarity with the original game, as well as a generous 96.23% RTP rate. The high volatility slot has the promise of non-stop action and high payouts.

The game is uniquely laid out thanks to the Megaways mechanic and will rejuggle after every win. Winning symbols are removed and replaced with new symbols. If another winning combination occurs, the process repeats itself.

The game has a traditional pirate theme, with players joining the bad boys on their swashbuckling adventures in their search for buccaneer booty. Pirate Pays is a bonus-rich game with stacked wilds, mega-triggers and a nail-biting bonus round.