The South African National Lottery operator, Ithuba, has been granted an exception from lockdown regulations, and players from around the country are able to purchase tickets. While all other forms of in-person gambling (casinos, horse-racing, etc) have been significantly impacted by COVID-19 restrictions, retail outlets are still allowed to sell lottery tickets.

Earlier this month, the National Lotteries Commission (NLC), which regulates the National Lottery, said in a statement that it was following the Presidential lockdown closely but was granting an exemption to lottery play in South Africa.

The NLC said that it had ordered lottery sellers to adopt specific measures which would protect players.

“These measures are intended to reduce person-to-person contact, reduce the movement of people outside their homes, and encourage the use of remote and digital platforms in conducting National Lottery operations,” said Ithuba in a statement. “We have issued clear communication to all our retail partners, emphasising the importance of social distancing and hygiene.”

While Ithuba encourages players to use digital platforms, it also said that it had made arrangements to ensure that its retail partners received stock before the lockdown commenced.

“Our field staff will also sanitize equipment and train retail clerks and stores on the sanitation of consumer touch points. This has already been implemented in most stores,” continued Ithuba.

The NLC has come under fire for its decision to allow the sale of lottery tickets, especially at retail outlets, at a time that the government has imposed harsh restrictions on the rest of the economy. The government recently banned the sale of hot food, explaining that it was being done to restrict people from leaving their homes. The sale of cigarettes and alcohol was already banned earlier on. Critics argue that if such strict measures are being adopted in order to control the spread of the virus, it stands to reason that lottery tickets should also be added to the list. 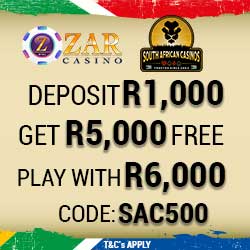