Look out for New Playtech Age of the Gods Slot: Book of Oracle 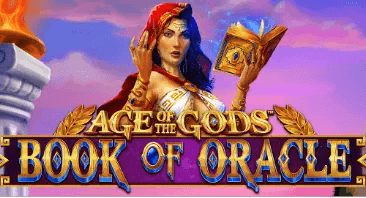 Fans of Playtech’s extraordinary Age of the Gods slots series will be thrilled to learn that the group is set to launch a new game this month. There is no official release date for Age of the Gods: Book of Oracle just yet, but rumour has it that it will go live at Playtech-powered online casinos sometime in January. We know that this is another myth and legend-themed slot game that fits right in with Playtech’s Age of the Gods series. It was created by Ash Gaming, Playtech’s games developing studio and is the latest in the series.

🎰 What do we know about Age of the Gods: Book of Oracle slot?

Book of Oracle is a 5 reel, 10 pay line slot that boasts a number of stand-out features, including a Book Feature and no less than four progressive jackpots. To create a winning combination in this slot, you need to land 2, 3, 4 or 5 matching symbols (or substituting wilds) across a payline from left to right. Stakes range from those suiting the pockets of penny pinchers, to massive high roller level bets: Wager as little as 0.10 to as much as 500.00 per spin!

Other technical information about Book of Oracle:

🎰 Where to play Wings Of Book Of Oracle ?

🎰 Age of the Gods: Book of Oracle Bonus Features

Book symbol: Acts as a wild and a scatter in the game. Not only does it substitute for all the regular symbols, but also triggers the free spins if you land at least three of them.

Book Feature: After each spin, the pages of the book that is located above the reels will flick. Should you land on a page with a symbol on, the Book feature is unlocked. The book symbol expands to fill the entire reel and you could win up to 1,000 times your stake.

Free Games Feature: Once you trigger the free games feature, you’ll be rewarded with 10 free spins. The book above the reels randomly chooses a symbol that will act as the expanding symbol. If you land 3 or more book symbols during the free spins, you can retrigger the feature and win another 5 free games.

🎰 Jackpots in Book of Oracle slot

The Age of the Gods series is famous for its four progressive jackpots that link all the games in a giant jackpot network. Entry into the jackpot feature is random and can happen on any spin. You can win one of four jackpots:

These jackpots pay out on average every 45 days, and so a massive win could be literally around the corner for any lucky South African casino player! Watch this space for updated information about the official release date of Age of the Gods: Book of Oracle slot.