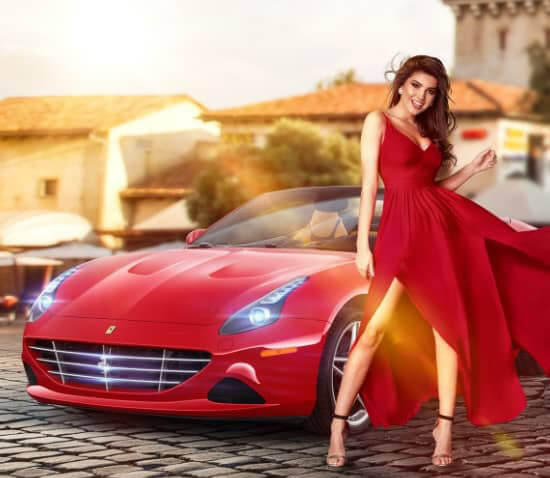 Gauteng’s premier casino and entertainment complex, MonteCasino announced that due to the revised Covid-19 regulations, its famous Anyone Can Win a Ferrari promotion has been postponed until further notice. Originally, MonteCasino announced that it had extended the promotion to give players more time to accumulate receipts, and it also threw in an additional R1.6 million in prizes. Each prize packet is an exclusive Italian package, including three sporty Fiat Abarths, Ferrari merchandise and a MonteCasinoexperience worth R55,000 each.

All tickets are entered into the monthly cash draw every last Sunday of every month at 4 pm on the promotions stage. All winners drawn in the monthly cash draws automatically became finalists in the Italian package draw, as well as the Bonus Millionaire draw and Grande Finale Ferrari draw.

This is how players enter the competition:

MonteCasino said that the Grande Finale Ferrari Draw was originally due to take place on December 19th, 2021, but a new date will be announced since the competition has been postponed.

In the meantime, and unless Covid-19 restrictions put a dampener on them too, there are several entertainment events lined up at MonteCasino that are worth noting.

March 2021: The Lighthouse Family. Performances for this British musical duo have been rescheduled for March 2021, in their first South African tour. Tunde Baiyewu and Paul Tucker are celebrating the release of their first new music in nearly two decades.

April 2021: The St. Petersburg Ballet Theater Presents Swan Lake. The ballet’s visit was cancelled in April/May 2020, but the government has given permission for the show to go on in April 2021. Those who bought tickets last year will have them automatically transferred to the new date. Swan Lake will be performed at the Teatro at MonteCasino.

July 2021: We Will Rock You: World Tour of Queen’s Music and Ben Elton’s Story. This show was also regrettably cancelled last year after government legislation only allowed for a total audience of 50 people and 15 performers. This made the show not financially viable, which led to the organizers postponing it to July of this year.

“A brand-new production and major extensive world tour of Queen and Ben Elton’s multi award-winning rock musical We Will Rock You will be coming to the award winning Teatrofrom Friday, 23 July 2021,” announced MonteCasino.

The next draw dates are as follows:

Currently, MonteCasino is open from 7 am until 8 pm daily. Customers are required to complete a medical screening questionnaire each time they visit at the eHost, located at the casino main entrance.