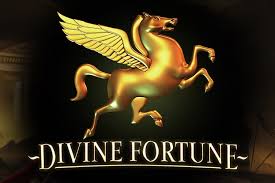 NetEnt’s Divine Fortune slot is clearly one of the group’s most brilliant titles and has been a firm favourite among players since it was released. Divine Fortune has become known as an all-time classic, transporting players back into a mythical era across its 5 reels and 20 pay lines.

It was recently announced that NetEnt would be reviving Divine Fortune slot through the release of a brand new slot game, Divine Fortune Megaways. The game launched on November 24th and the Swedish group said that there is a good chance that it will become known as its most successful new game this year. The addition of the built-in Megaways mechanism means that NetEnt’s classic game just got a whole lot more exciting. And of course, that’s without even mentioning the significantly greater earning potential for South African players.

More Excitement Thanks to Megaways Mechanism

NetEnt first gave the Megaways treatment to Twin Spins slot, with another popular title making a comeback earlier this year. Twin Spins Megaways retained the synched reels, wild symbols and 96.04 RTP of the original game, but the payout potential sky-rocketed with the upgrade. Players suddenly had the opportunity to win up to 38,000 x their bet! Players have been going gaga over Twin Spins Megaways, but its popularity threatens to be usurped by the new Divine Fortune Megaways slot.

“Divine Fortune is one of the most popular titles in NetEnthistory and it’s great to reignite the game with the thrilling addition of Megaways,” said Andy Whitworth, NetEnt’s Chief Commercial Officer. “Twin Spin Megaways is our best release so far in 2020, but early data from Divine Fortune Megawaysshows that it might not be for long. The combination of features makes this a title brimming with action and excitement. We’re sure the remake will be a big hit with players across the board.”

What’s so Great about MegaWays?

Everything! Slots with the MegaWays mechanism contain a random reel modifier which changes the symbol height on each reel and on every spin. This essentially changes the number of wins each time you win on a spin, adding to the excitement and unpredictability of the game. You can keep count on the number of MegaWays for each spin on the MegaWays counter in the game.