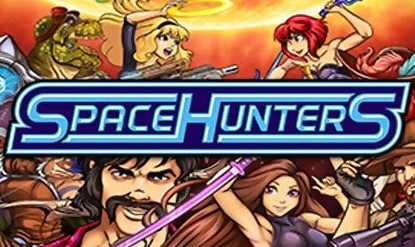 Playtech has launched a brand-new slots series called Shoot for Cash, created for the software giant by the independent games studio, Origins. The first game in the series is Space Hunter which promises to be an exciting new addition to Playtech-powered online casino for South African players.

This is an arcade-style slot game that uses the favourite retro-style so popular among players. Playtech and Origins have expanded on players’ thirst for quality arcade games, mixed with the last word in online slots technology, and the result is truly explosive.

What the professionals are saying

As per a manager of a popular Playtech online casino that’sfrequented by South African players: “Shoot for Cash is an inventive and highly engaging format, and we’re delighted to have had the opportunity to launch Space Hunter for an exclusive period. The player reaction so far has been fantastic, with all the signs being that both Space Hunter and the wider Shoot for Cash concept have what it takes to be long-term favourites.”

The head of Content Unit at Playtech, Eran Gilboa said that the company was very excited by the potential of Space Hunter and the Shoot for Cash series. He noted that for over four decades, arcade shooters have been a huge favourite with players. Bringing this style of gameplay to slots offers something genuinely fresh to regulated casino markets, he added. Also commenting was the producer of games at Origins, the independent studio which partnered with Playtech to create content for the group.

Amir Levy noted that the new slot, Space Hunter, and the wider Shoot for Cash format is unlike anything that Origins has produced before. He said that it has been a major project for Origins studio to create such an innovative format.

“The result is a massively entertaining title that we are confident will be enjoyed by all kinds of players; slots fans and gamers alike. We are proud to deliver a truly original game to audiences in regulated markets worldwide,” said Levy. Shoot for Cash is only one of several new slot games released by Playtech in recent months.