Queen Of Hearts - A New Slot Before Christmas At SA Casinos 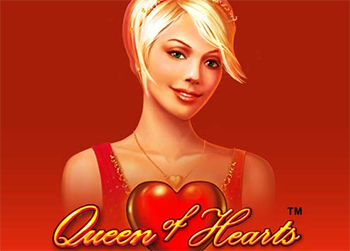 With 2021 coming to an end, millions of South Africans are looking forward to the Christmas season, with joy and excitement during the weeks leading up to December 25th. This year has been a challenging one in many regards, so we could all use break from the norm.

Luckily, this time around it looks like online slot fans can enjoy their Christmas present early with a brand-new game that will keep them winning real cash prizes while immersing them in the fantastic world of Alice in Wonderland. Rival’s newest slot ‘Fairy Tale Fortunes - Queen of Hearts’ is a modern 6-reel slot that feature some of the most recognizable characters from Lewis Carrol’s classic novel.

Thousands of Chances to Win!

One of the best features of the slot is the large number of active paylines up to 4,096 (any-way 25x), as well as in-game free spins and expanding wilds that increase the chances for South African players to hit a winning combination. With every new round, a new bet amount can be set by the players, and bigger gambles can turn into huge cash wins if they are lucky enough to land a win with the 2x, 3x and even 5x multiplier bonuses!

Go Down The Rabbit Hole!

‘Fairy Tale Fortunes - Queen of Hearts’ features an impressive symbol design and deeply engaging soundtrack that gets players in the mood for some coin rewards. By lining up matching symbols on an active payline from left to right, bettors can get different win amounts depending on which character gives them the win. Symbols include the Mad Hatter, the White Rabbit, Absalom the Caterpillar, the Queens Card Guards and the Sneaky Knave, as well as Alice and the Queen of Hearts herself.

Win amounts range from 1 coin for the lowest-paying symbols which are the 9,10 and J icons, to the highest-paying Alice symbol with a maximum payout of 500 coins if landed six times on an active payline.

This marvelous slot is all about triggering the special features to hit the jackpot. For example, with three or more white rabbit symbols anywhere on the screen, players will get at least 5 free spins - going up to 15 if all six are lined up. This allows bettors to get extra rounds with the same bet amount of the spin that triggered it, which are multiplied by the number of currently active paylines. Sounds like a pretty tempting deal, right?

It’s time to step into a world of fantasy and adventure, packed with rewards and prizes as more online casinos incorporate this amazing slot title for the Christmas season, and get ready to land some big wins to enjoy the end of year even more! With an RTP percentage of 95.89% and exciting animations effects, ‘Fairy Tale Fortunes - Queen of Hearts’ is certainly one of South Africa’s most anticipated slots.