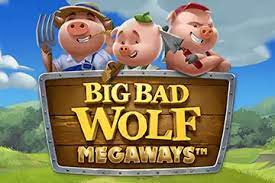 The Playtech owned Quickspin online casino software vendor has announced plans to roll out a sequel to its highly popular Big Bad Wolf slots game from 2013.

The new slot is slated for a September 2021 release. It will boast a makeover with the new Megaways feature that has taken the online casino industry by storm.

Look out for Big Bad Wolf Megaways slot from the 14th of next month at South African-friendly online casinos that carry titles by Quickspin in their games lobby.

The new game is similar in storyline to the original, based on the classic fairytale of The Three Little Pigs. The Big Bad Wolf also stars as the bad guy on the reels of the new game. What has clearly improved are the graphics. If you thought that the original game was good, wait until you get your eyes on the animation and colours of the latest game. The graphics are dynamics and you’re promised an immersive experience from the first spin of the reels.

The game has a variable RTP, which means that the payout percentage rate could range anything from 90.19% to 96.05%.

Megaways feature: Depending on the number of symbols which you land on the reels after a spin, you’ll land different combinations of ways to win. A total of seven symbols on each of the reels earns you a whopping 117,649 Megaways.

Tumbling Reels feature: Symbols that make up a winning combination are removed from the screen and new symbols come in their place. The tumbling symbols come from top to bottom or from left to right. They’ll continue to tumble until there are no more winning combinations on the reels. A tumble win will be added to the total win. Piggy Wild feature: After a certain number of tumbles, Piggy symbol #1, 2, and 3 will turn into Piggy Wilds.

Buy feature: This is an optional feature that allows you to pay in more to increase your chances of winning. If you pay 90 x your bet, you’ll earn instant entry into the above-mentioned Blowing Down the House Bonus game. An important thing to remember is that you can activate this feature from the base game. If you activate the Buy feature, you have the theoretical payout rate of 96.44%, which makes it an appealing option for players.