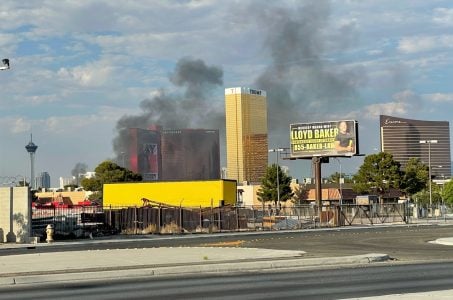 One most respected casino resorts in the Peermont portfolio, the Mmabatho Palms Hotel in Mahikeng in the North West Province, was gutted by fire on Wednesday morning. The blaze broke out in the early hours of the morning and over 60 guests were evacuated from the hotel. The Deputy Minister of Agriculture, Zoleka Capa, was among those staying at the hotel at the time.

There were no fatalities or serious injuries reported, although the damage to the hotel is said to be quite extensive. Reporters that walked through the premises said that the entire roofing of the hotel had collapsed. At this point, police still don’t know how the fire started but they hope to complete their investigation by next week. The casino is currently a no-go area, with the police taking over the site and treating it as a crime scene.

The newly elected Premier, Bushy Maape said that he has already held talks with government officials and authoritiesabout the cause of the fire and he is being kept up to date. Maape also said that the fire was a huge setback for the province’s tourism industry, which has already been hit hard by the COVID-19 pandemic, and would no doubt affect the jobs of those employed by the casino. It is unclear when the hotel will reopen.

“We are mindful of the situation that [the casino] is part and parcel of the economic development of the province ,” said Patrick Asaneng, North West Deputy Police Commissioner. “So, the sooner we finalize our investigation, the better for the hotel and the employees and everybody concerned.

The CEO of the Peermont Group, Nigel Atherton, said that he was “devastated” about the blaze, and that it would take some time until the hotel reopens. Although he couldn’t give an exact date when operations would begin once more, Atherton said that it typically takes at least 12 months for a hotel to be built.

The CEO said that while damage to the hotel was extensive, damage to the casino side seemed to be quite limited. “I am hoping that we will be able to start operations [on the casino floor] as soon as the property is handed over to us,” he said.

The Mmabatho Palms is the oldest casino in the country at 44 years old. The casino features 155 slot machines and 9 gaming tables in smoking and non-smoking areas. The slot machines are at various denominations, while the table games include roulette, blackjack and poker.

Before yesterday’s fire, the 4 star on-site Peermont WalmontHotel was considered one of the area’s most luxurious. It also has 20 premium villas to provide visitors with a more private and comfortable stay.

The range of sports and recreational facilities at the resort include a swimming pool with pool terrace and bar, a gym and play area. Guests have access to all the casino, dining and convention facilities, as well as the adjacent 18-hole championship Leopard Park Golf Course.