August 4, 2020 Johannesburg, South Africa (Press Release) – In celebration of National Women’s Day on 9 August, South Africa’s Springbok Casino is sharing Fun Facts about Wildlife Mothers (https://www.springbokcasino.co.za/wildlife-mothers). Elephants, crocodiles, lions, leopards and even penguins – South Africa is home to some of the most amazing wildlife – and the best mothers -- on the planet.

Until the end of August, players can take 25 free spins on one of the casino’s most popular slot games, T-Rex 2. 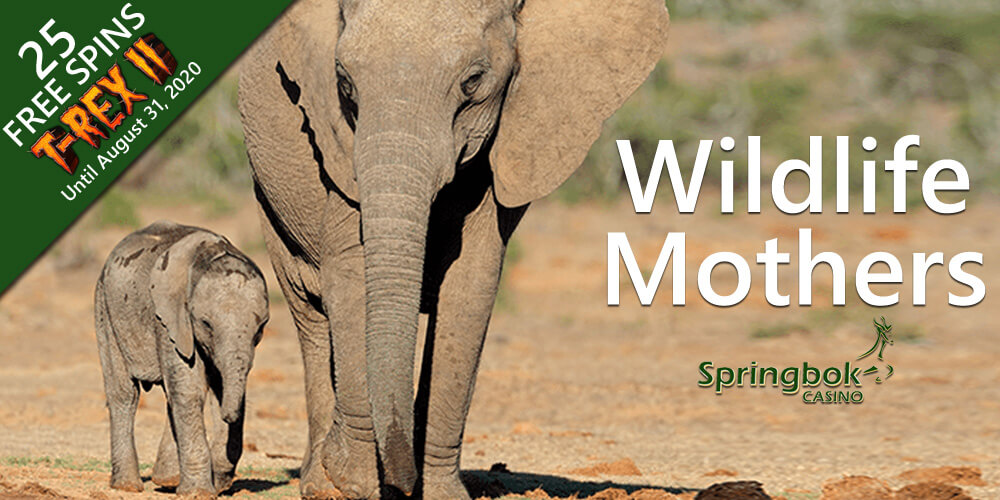 Elephants are known for their superior intelligence and their highly structured social order. Herds are made up of mothers, daughters, sisters and aunts, and are guided by the oldest and largest female in the herd. The African crocodile is undisputedly one of the fiercest predators ever to roam the planet. But crocodile mothers gently carry their babies in her mouth wherever they go. Leopards are the ultimate single moms. Like most big cats, leopards are solitary. But when a female gives birth, her cubs stay with her for two years. African penguin parents, on the other hand, share parenting duties.

In meerkat society, the queen (dominant female) has all the community’s babies but relies on subservient females to help as nursemaids.Female lions depend on males to protect their cubs when they go off hunting.Springbok’s latest feature also includes fun facts about other African wildlife including rhinos, porcupines and giraffes.South Africa’s National Women’s Day commemorates the day in 1956 when 20,000 women marched in Pretoria to petition against the country’s pass laws.

Springbok Casino is South Africa’s favourite place to play real money online casino games. It has hundreds of slots and table games, all played in Rands, and offers customer service in both Afrikaans and English.