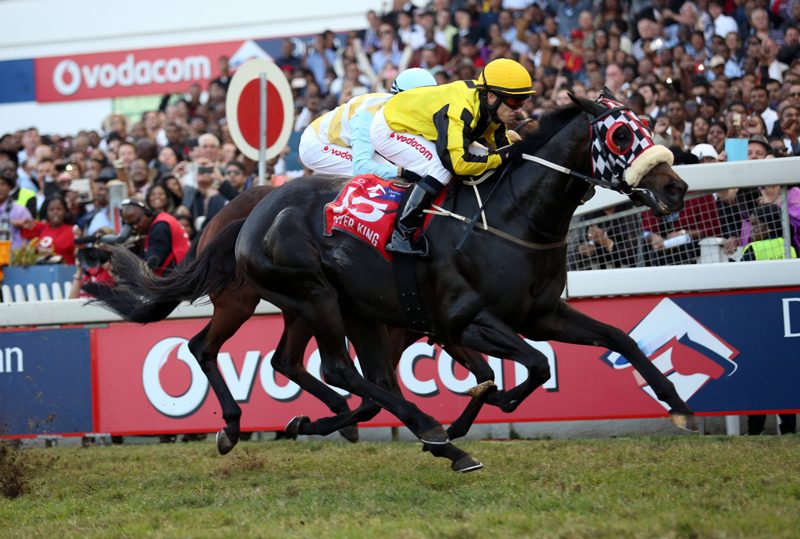 South Africa’s horse racing industry is entering into a deep recession because of the COVID-19 crisis. According to the National Horse Racing Authority (NHRA), most of the 60,000 people employed by the industry are currently on furlough and 80% of these jobs are at immediate risk.

In pre-Corona days, the industry had an annual turnover of R12 billion. However, COVID-19 has seen South African trainers losing R3 million a month as they take on only a fraction of their normal workload. Jockeys are also on the losing end, forfeiting some R6.5 million in salaries each month. The horse racing industry contributes around R3 billion to South Africa’s GDP each year and R800 million in taxes.

SA is the eighth most important racing market in the world among 65 other markets. The CEO of the NHRA, Vee Moodley warned that if South African racing doesn’t resume soon, “then the racing industry will collapse in its entirety.”

South Africa hosts some of the richest races on the continent, but many are currently at risk of cancellation, including the upcoming President’s Challenge in Johannesburg.

The industry, however, expects to see its biggest loss from the change in the Durban July 2020 schedule. This morning it was confirmed that the country’s most popular race will take place behind closed doors as a “broadcast-only event”. It was initially scheduled to take place at Greyville on July 4th, but has now been moved to the 25th.

A statement was made by Vodacom and Gold Circle that they were forced to make the changes in accordance with the government’s strict health protocols surrounding the virus. The CEO of Gold Circle, Michel Nairac said: “Gold Circle, together with the ongoing support of the company's valued sponsor Vodacom, is fully committed to running the 2020 Vodacom Durban July. Sadly, given the reality of the present circumstances, the race meeting will be staged behind closed doors and without spectators.”

The organizers went on to say that July 25th date could also change due to the extreme nature of the pandemic.

In the meantime, the NHRA continues to push for races to resume in South Africa, warning that the sector is in danger. Vee Moodley said that the industry is a low-risk sector and has strict health and safety protocols in place. He explained that the industry already held races behind closed doors successfully between March 15th and 26th. He added that racing is a non-contact sport and “only 65 persons are required for a five-hour period over a 4 km area.”

There have been no reported cases of COVID-19 in any part of the racing industry and the NHRA says that it intends to keep things that way.

Those employed by the South African racing industry are highly skilled and work specifically with the 20,000 horses that form part of the sector. Moodley said that employees would find it difficult to work anywhere else because of the unique skills that are needed in the industry. It isn’t only the 60,000 people employed directly by SA racing that will be affected if it collapses, but also their 750,000 dependents.

Sadly, around 400 horses have had to be euthanized as a result of the situation. The NHRA warned that thousands more could meet the same fate if they could no longer support themselves by racing.The industry has applied to the government for financial consideration and has been told that it is under consideration.