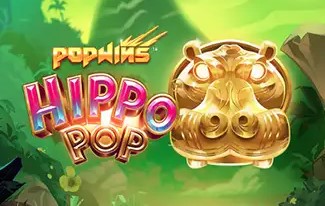 Head deep into the deepest jungles where you’ll come face to face with Yggdrasil’s latest creation – a mythical psychedelic hippo whose only mission in life is to reward players! Yggdrasil partnered with AvatarUX to bring its latest creation to online casinos powered by the software provider, and the result is a fantastic, almost dreamlike gaming experience. After all, where else would you see imaginary neon animals come alive on the reels of a top-notch slot game?

According to Yggdrasil, which provides games to many popular South African online casinos, HippoPop is a slot “inspired by Oaxacan arts and traditional wood carvings”.

The game has been released via the YG Masters program and is powered by the group’s GATI technology. This allows Yggdrasil partners to use the standardized development toolkit to produce the latest content which is then distributed among Yggdrasil’s clients. This ensures that Yggdrasil casino game fans are always experiencing the latest rollouts and new, cutting-edge content.

Besides the fantastic look of the new HippoPop slot, which is made all that more interesting thanks to the pink flamingos, green panthers and other zany looking animals, there are many great features that attract players. These include free spins, multipliers, and of course the popular PopWins mechanic.

PopWins Mechanic: Groundbreaking PopWins mechanic where all winning combinations literally pop! Each pop creates two new symbols that lead to an increase chance to land multiple wins. Thanks to the PopWins, you are able toexpand the game’s rows from 5 to 8. In other words, increase the ways to win to a whopping 65,536!

This is the sixth game in the Avatar UX PopWins series, and players are quite rightfully thrilled about the latest release.

Free Spins: When players increase the reels to six symbols in the base game, free spins are unlocked. The result is players being presented with a bright and colorful Bonus Wheel. Spin the wheel to win even more free spins than the default five that are awarded. The free spins also boastsmultipliers that progressively grow.

Golden Hippo Symbols: During the free spins feature, golden Hippo symbols appear to increase payouts by up to 4 x.

What does AvatarUX Say?

Marcus Honney, the managing director of AvatarUX, which teamed with Yggdrasil to create the new HippoPop slot said:

“Along with a feelgood summer vibe and HippoPop’s quirky theme, it is also fused with advanced slot mechanics to create one of the smartest and most fun games of the year.

“The fusion of epic themes and powerful bonus mechanics, makes HippoPop a must have slot for online casinos looking to deliver in-demand games.”

What does Yggdrasil Say?

The head of partner programs at Yggdrasil, Stuart McCarthy had this to say about the deal:

“AvatarUX’s PopWins content has been a huge success and the titles were some of our top-performers last year with players really enjoying the mechanics that offer an element of daring and excitement.

“HippoPop is another smashing hit in the PopWins series with a unique theme and exciting features that will have players entertained as they spin the reels to unlock the game’s powerful payout potential.”