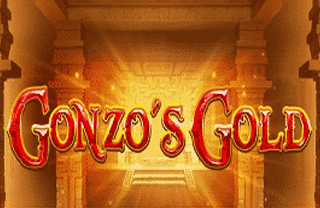 A new trend in the online casino space is to have software providers upgrade some of their most popular titles. We have seen many new updates this year, including Gonzo’s Gold, a new title in NetEnt’s classic Gonzo’s Quest series. Now, Yggdrasil has become the latest provider to build on the success on one of its most popular games, Gater Gold Gigablox, and has unrolled a snappy new title in the form of Gater Gold Deluxe Gigablox.

Head to the sweeping savannahs of Africa and tap into your animal instincts, because this new slot game is sure to bring out the beast in you!

Improvement on the Original Slot Game

When looking at the new upgraded game, you can see that Yggdrasil has tweaked the game where it needed it, added new features to make it more interesting and exciting, and even improved the graphics to make them slicker and more contemporary. Gater Gold Deluxe Gigablox has stayed true to the original appeal of the first game but brings with it a fresh new look and more ways to win. Let’s take a closer look at Gater Gold Deluxe Gigablox slot.

Betting on the New Slot

The high volatility Gater Gold Deluxe slot has an industry standard RTP of 96%, which makes it possible to win some really big rewards. The betting range is impressive, too, with the option to bet as little as 0.20 or as much as 60.00 per spin.

There are eleven symbols that play out in the base game. The different animals are the higher paying symbols, while the card numbers are lower. You’re looking at wins of as much as 20,000 x your triggering bet if things go your way.

These are the features that will add to your bankroll during your gaming session.