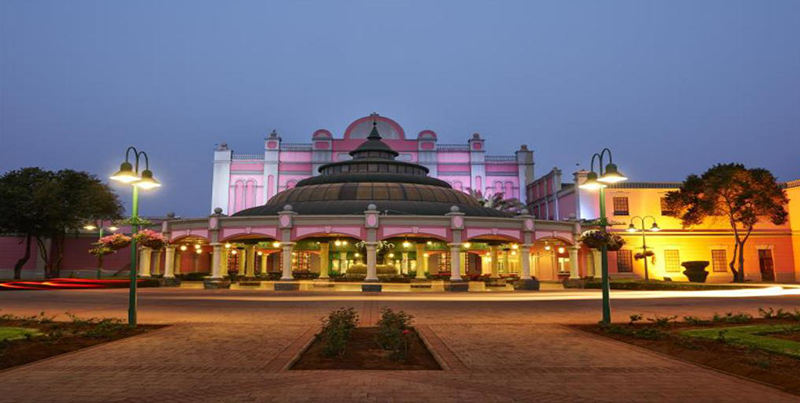 Mario and George Morfou, former owners of the Premier Soccer League club Mpumalanga Black Aces have purchased the Carousel Casino gaming license from Sun International. The hospitality and casino group closed down the complex, located in the North West province, early this year. The transaction is subject to regulatory approval by the North West Gambling Board.

Sun International issued a statement this week, confirming that the casino license had been sold, but it did not say how much the deal was worth and who the buyers were. However, MoneyWeb.co.za reported yesterday that Sun International had applied for the license to be transferred to Lakama Resorts and Casino, linked to a company chaired by Mario Morfou.

MoneyWeb also reported that Morfou confirmed that LakamaGroup had indeed purchased the Carousel Casino license.However, he said that Lakama would not be bidding for the casino complex. MoneyWeb quotes Morfou as saying: “We plan to rent the premises… We already have a few interests in the gaming industry, which is mainly in the LPM and bingo market in the North West and Limpopo.”

Morfou went on to say that when the Carousel Casino license came up for sale, Lakama Group thought that it would be a good opportunity to expand its interests in the gaming and hospitality industry. He reiterated, however, that Lakama had only purchased the casino license.

The chief executive officer of Sun International, Anthony Leeming said: “Earlier this year we announced that we would not reopen the Carousel Casino after lockdown restrictions were lifted, and that remains the case.”

“However, by allowing the casino to be run by a management company, we will be protecting the livelihoods of many previous staff who can now be re-employed.”

“We remain the legal owner of the gambling licence until such time as we receive [North West] Gambling Board approval for the sale. But the casino will no longer form part of the Sun International Group, and it will not receive benefits from our Most Valued Guest/MVG loyalty programme.”

There are currently six bids under evaluation for the Carousel Casino property, according to the CEO of Galetti Corporate Real Estate, the group responsible for marketing the casino. John Jack said that Galetti hopes to announce a winning bidder soon, and was overall pleased with the strong level of interest received by the property.

“The fact that the casino is reopening is also good news,” he added.

According to Jack, many of those interested in purchasing the property want to convert a large part of it into a retail center. This would make it more sustainable and attract more people, he said.

Carousel Casino is one of South Africa’s most popular casinos and entertainment complexes. Located north of Pretoria, the landmark property was opened in the early 1990s. In its heyday, it boasted a hotel with nearly 60 rooms and a staff village of nearly 370 apartments. The property includes undeveloped land and over 55,000 square meters of space earmarked for retail development.

Sun International announced that it would be closing the casino’s doors for good after it failed to recover from the COVID-19 lockdown.