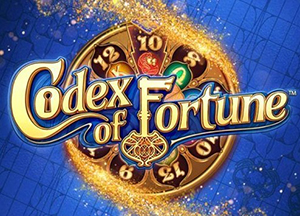 The online casino software group, NetEnt releases new games on a regular basis. We’ve learned that the group is due to roll out two new slots in June, and South African players will be among the first to play them.

Look out for these games at all NetEnt-powered online casinos from next month. The new titles due to be released are:

Due for a June release, Parthenon: Quest for Immortalitypromises to bring with it great things on its six reels. The game guarantees a 96.20 RTP, which is normal for a video slot of this size. The game will be themed on an Ancient Greece theme, centered on the temple of Athena – the goddess of wisdom.

This is not the first Quest for Immortality slot introduced by NetEnt. Pyramid: Quest for Immortality was launched back in 2015 and instantly became hugely popular thanks to its revolutionary Avalanche feature. This time around, the classic beauty of ancient Greece shines through – with marble statues of Zeus and Athena flanking the reels and welcoming players through their massive temple doors.

Images on the reels of this game include Pegasus, snakes, ships and Mudsa. You’ll also find a couple of Royals. There’s a top jackpot of up to 60,000 x the stake.

Scheduled to be released on June 30th, 2021, Codex of Fortune is a 5 reel, 40 pay line game that has a cryptic, mysterious feel to it, from what we’ve seen. This is a twist-and-turn game that NetEnt says is the MAX version of its 2018-release slot, Turn of Fortune. Codex of Fortune is played on a 5 x 4 grid with 40 pay lines and comes with a promise of lots of action.

You’re invited to spin the reels of the game and find treasures worth up to 10,000 x your bet. Play Codex of Fortune slot on desktop, mobile or tablet.

The game is affordable to all players, since bets are available for as little as 0.20 and as much as 20.00 per spin. This is a high volatility game with an RTP of 96.24%. The right of the reel features a large Code Cracker, which plays a big part in the rewards potential of the game. Symbols on the reels include a Lion, Butterfly, Turtle, Snail and Parrot.

Visit South African casinos and play these new NetEnt titles from next month.